Tuesday, October 27 • 10 - 11 am
Register Now
About the Session:
In this listening session, panelists will discuss how children and youth can thrive in their daily lives and have fair opportunity for educational achievement.

Kate McAteer
Kate McAteer has a BSc in Biological Chemistry from Ulster University in Northern Ireland and earned her Ph.D. from the Department of Chemistry and Biochemistry at the University of South Carolina. Before she came to WSU Tri-Cities as a clinical assistant professor of biological sciences, she worked as a postdoctoral fellow in structural biology at the Pacific Northwest National Laboratory. She served as the assistant vice chancellor for academic affairs at WSU Tri-Cities from 2014-2019. As the vice chancellor for academic affairs, Kate is the chief academic officer for the campus and the principal investigator of two TRIO student support services grants. The TRIO program serves and assists low-income individuals, first-generation college students and individuals with disabilities . Kate received the President’s Distinguished Teaching Award for non-tenure track faculty at Washington State University in 2015. She completed the WSU provost leadership academy in 2014 and the HERS Institute in 2019. 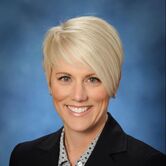 Michelle Whitney
Michelle Whitney has been a part of the Pasco School District for more than 20 years, starting out as a kindergarten teacher before moving on to serve as assistant principal and then principal at McLoughlin Middle School. She’s also served as the District’s Director of Human Resources, Executive Director of Teaching and Learning, and Deputy Superintendent.
In July 2016, she was sworn in as Pasco School District’s new superintendent and hit the ground running. She’s been running ever since, overseeing a school district with more than 2,000 employees that serves more than 18,000 students in our community. Mrs. Whitney is a proud product of Columbia Basin College, where she received her associate’s degree before moving on to Washington State University to earn her bachelor’s and master’s degrees in Education. She also received her Principal’s certification and Superintendent’s credential from WSU.

Dr. Daria J. Willis
Dr. Daria J. Willis was appointed the 17th president of Everett Community College on April 29, 2019, becoming its first African American president, a highlight in an impressive career in higher education. Her leadership has brought substantial educative change to community colleges, students, faculty, and staff. ​Dr. Willis is a 2018 recipient of the American Association for Women in Community Colleges’ “40 Under 40” Award. She is a 2017 Cohort Fellow for the Thomas Lakin Institute for Mentored Leadership an organization dedicated to training African American community college administrators for the presidency. Dr. Willis is also featured in the December 2017 issue of Diverse: Issues in Higher Education as a member of the Lakin Cohort, and she is a 2017 Cohort Fellow for the League for Innovation’s Executive Leadership Institute. 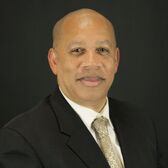 Dr. Kenneth Hurst Sr.
Dr. Kenneth “Chris” Hurst Sr., Superintendent, previously served in San Diego County, CA where his career ranged from being a U.S. Marine Corps Drill Instructor, mathematics teacher, assistant principal, principal, and associate superintendent. Dr. Hurst has a Bachelor of Science degree with an emphasis in Mathematics and Computer Science as well as a Master of Arts degree with an emphasis in Educational Leadership and Administration, from California State University-San Marcos. He also holds a Doctorate in Education from the University of Southern California. In 2014, Dr. Hurst was hired as the Associate Superintendent of Educational Services in Oceanside Unified School District, and In 2016 he was hired as the Superintendent of Othello School District in Othello, WA. to serve and support the Othello community. 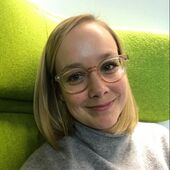 Charlotte Lysohir
Working at the intersection of education equity and economic mobility, Charlotte Lysohir currently leads the global strategy for P-TECH (Pathways in Technology Early College High School), IBM’s marquee Corporate Social Responsibility program that aims to create an alternative pathway for young people in low-income communities to find meaningful employment in STEM careers. As part of this work, Charlotte manages public and private sector partnerships across 24 countries, collaborating cross-functionally with regional teams in HR, Government Relations, Global Business Services and Communications to develop a deep understanding of localized needs, define the partnership strategy, and implement the P-TECH model with fidelity. Last summer Charlotte designed and brought to market a multi-million dollar online learning tool called Open P-TECH that is free for students and teachers to earn industry branded badges in emerging tech fields. Most recently Charlotte has taken on a new role as a manager, developing a process and framework for impact measurement and reporting across CSR initiatives informed by IBM’s ESG priorities. Before joining IBM, Charlotte held a number of roles, including Director of Business Development, at Kinvolved, an education technology start-up. She began her career as a Teach For America corps member based in Washington, D.C. Charlotte holds a B.A. in Sociology and Urban Studies from Hobart & William Smith Colleges, where she was the recipient of the Leo Srole Urban Studies Prize, and an M.A. in Education from George Mason University.
Back to Diversity Summit Schedule