DEI Starts in the C-Suite

Wednesday, October 28 • 10:45 - 11:45 am
Register Now
About the Session:
Tri-Cities area CEOs will share personal stories, views and ideas about why diversity, equity and inclusion (DEI) are important to the success of a business. Panelists will also address what leaders can do to advance DEI as a business priority and hold themselves accountable for setting the right tone at the top. 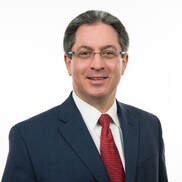 Dr. Steven Ashby
Dr. Steven Ashby is a Senior Vice President of Battelle and Director of the Pacific Northwest Division, where he sets strategic direction and oversees an ~$1 billion R&D budget. Under his leadership, 5,000 scientists, engineers and support professionals draw on signature capabilities in chemistry, Earth sciences, and data analytics to advance scientific discovery and create solutions to the nation's toughest challenges in energy resiliency and national security.  A widely recognized leader in computational science, Dr. Ashby is a Fellow of the American Association for the Advancement of Science; member of the Washington State Academy of Sciences; and Commissioner for the Council on Competitiveness, among several other appointments. 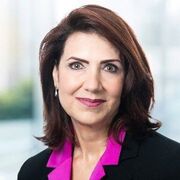 Paula Linnen
Paula Linnen has been with the Pacific Northwest Division of Battelle for nearly 30 years, serving in a number of executive positions, currently as Executive Director of External Affairs. She serves on several local-, regional-, and national-level boards, including as Chair of the Regional Affairs Committee for myTRI 2030, Member of the SLAC National Accelerator Laboratory Board of Overseers, Vice Chair and Executive Committee Member of the Association of Washington Business, and Board Member of the Washington State STEM Education Foundation. Paula is a tireless advocate of STEM education, equity and inclusion in our local region and beyond. She is currently leading the Mid-Columbia STEM Nexus initiative, a million-dollar community effort to support traditionally underserved and underrepresented students in STEM education recently launched by Battelle. 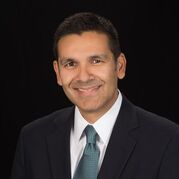 Reza Kaleel
Reza Kaleel has served as Chief Executive for Kadlec since January, 2019. He originally joined the Kadlec team in July 2016 as Chief Administrative Officer for Kadlec Regional Medical Center, relocating from Grand Junction, Colorado, where he served five years as Executive Vice President and Chief Operating Officer for St. Mary’s Regional Medical Center. Reza has worked in healthcare administration since 1997, beginning his career in strategic planning and finance before steadily working his way up through various leadership roles in health system operations. Prior to living in Colorado, he spent 20 years in San Antonio, Texas, most recently serving as Administrator for a hospital in the CHRISTUS system. Over the course of his career, Reza has enjoyed the challenge of bringing diverse groups of talented and committed people together to solve important challenges, and feels that working in health care is a lifelong career calling. Reza holds a Master’s Degree in Healthcare Administration and Bachelor’s Degree in Economics from Trinity University in San Antonio, Texas and is a Fellow in the American College of Healthcare Executives. 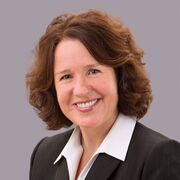 Valerie McCain
Valerie McCain is the Project Director for the Waste Treatment and Immobilization Plant, also known as the Vit Plant, at Hanford. Bechtel manages design, construction, startup and commissioning of the Vit Plant for the Office of River Protection. McCain is a Bechtel Senior Vice President. She was named Project Director in October 2018 after performing in the same role at the Uranium Processing Facility Project in Oak Ridge, Tennessee since December 2017. She joined UPF as Deputy Project Director in 2015. ​McCain has nearly 30 years of experience in project management and leadership roles at projects and corporate offices across several continents. She has worked for Bechtel since 1990.
Back to Diversity Summit Schedule