Innovative Leadership in our Community

About the Session:
Over the last two years, the Washington State Commission on Hispanic Affairs has been working to bring P-TECH (ptech.org) to our state by partnering with three pilot communities: Pasco, Kirkland, and Everett. P-TECH is an innovative solution to local workforce needs which aligns industry, higher education, and public instruction to develop career-connected pathways for students by leveraging local assets.
About the Commission on Hispanic Affairs:
The Washington State Commission on Hispanic Affairs is a state agency headquartered in Olympia and consists of Governor appointees across the state. Commissioners not only support their local community, but also represent a cross-section of backgrounds and disciplines. For more information, visit cha.wa.gov.

Dr. Sandra Haynes
About the Speakers:
Dr. Sandra Haynes became Chancellor of WSU Tri-Cities in March of 2018. She previously served as the deputy provost and vice president of academic affairs and a professor in the Department of Human Services at the Metropolitan State University of Denver and was dean of the university’s College of Professional Studies for 13 years. Chancellor Haynes is a licensed psychologist. She earned her doctorate and master’s degrees in experimental neuropsychology at Colorado State University, where she also completed a bachelor’s degree in psychology. Her leadership skills and collaborative approach to building innovative partnerships promises an exciting future for WSU Tri-Cities as we continue to grow enrollment, academic programs and facilities. As an academic, she believes it is vital to feed the life of the mind, contribute to disciplinary knowledge and to be of service to the communities in which she lives and works—a belief shared in the mission of WSU TriCities. 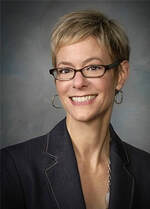 Dr. Rebekah Woods
Dr. Rebekah Woods became the sixth president for Columbia Basin College (CBC) in November 2017. Prior to joining CBC, she was the Provost at Jackson College in Jackson, Michigan. She has over 20 years’ experience in higher education. President Woods earned her Ph.D. in Organizational Leadership and Juris Doctor from Regent University. She believes in the transformational power of an education and is committed to meeting the educational needs of the Tri-Cities and helping all students succeed at CBC.

Paula Linnen
Paula Linnen is Executive Director of External Affairs at PNNL. The External Affairs team helps to connect the transformative research and leadership at PNNL to the outside world. Whether serving as a conduit to help identify trusted expertise to inform decisions; or facilitating community volunteerism and leadership; or helping to impact the quality of Science, Technology, Engineering and Math (STEM) education, the External Affairs team helps make the right PNNL connections.
She and her team are driven by the belief that extraordinary science and technology, coupled with a passion for excellence in community engagement, can make our future workforce stronger; the communities in which we live and work economically vibrant; and the world more safe, secure and prosperous. The External Affairs team focuses on these outcomes every day.
Paula joined PNNL in 1991 and has held several senior leadership roles. She has served as a member of the Laboratory's Leadership Team for the past two decades and is currently leading federal and state legislative affairs, regional and community engagement, and STEM Education strategy development and execution.
Paula serves as a committee member on the Board of Overseers for the Stanford SLAC National Accelerator Laboratory; is a member of the Washington State STEM Education Foundation board of directors; is a member of the board and Executive Committee of the Association of Washington Business; and is the Chair of the Regional Affairs Committee for the MyTri 2030 regional vision project.
A native of St. Louis and a University of Missouri alum, Paula has lived and worked in Washington state since 1991.

Michelle Whitney
Michelle Whitney has been a part of the Pasco School District for more than 20 years, starting out as a kindergarten teacher before moving on to serve as assistant principal and then principal at McLoughlin Middle School. She’s also served as the District’s Director of Human Resources, Executive Director of Teaching and Learning, and Deputy Superintendent. In July 2016, she was sworn in as Pasco School District’s new superintendent and hit the ground running. She’s been running ever since, overseeing a school district with more than 2,000 employees that serves more than 18,000 students in our community.
Mrs. Whitney is a proud product of Columbia Basin College, where she received her associate’s degree before moving on to Washington State University to earn her bachelor’s and master’s degrees in Education. She also received her Principal’s certification and Superintendent’s credential from WSU.

Dr. Michael Landry
Dr. Michael Landry is the Head of LIGO Hanford Observatory (LHO), and a physicist with the California Institute of Technology (Caltech). Michael completed his Ph.D. at the University of Manitoba in strange quark physics (Brookhaven/TRIUMF) in 2000, after which he joined LIGO as a postdoctoral scholar with Caltech. Michael has worked on a number of diverse aspects of searches for gravitational waves from astrophysical sources, including LIGO interferometer calibration and commissioning, data analyses for spinning neutron stars, and the leading of the installation of Advanced LIGO at LHO 2010-2014. He was Detection Lead Scientist at the time of LIGO and Virgo's first gravitational wave discoveries of binary black hole mergers in late 2015. In the fall of 2016 he became the Observatory Head at LHO. He is a Fellow of the American Physical Society. 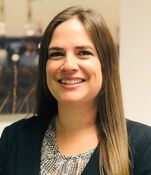 Maureen Gore
​Maureen Gore has spent the last 9 years of her career as a Human Resources Specialist with Mission Support Alliance, a prime contractor on the Hanford site. Her most recent role as an Organizational Development Specialist has afforded her the opportunity to work with academic institutions and students across the region. As a component of her work in professional development, Ms. Gore is the MSA Co-Op Intern Coordinator and is responsible for collaborating with academia, hiring managers and students to provide a strong internship program whereas students can learn critical skills in the industry while completing their coursework at their respective institutions. Ms. Gore is a certified Development Dimensions International (DDI) Instructor, and maintains PHR certification through the Society of Human Resources Management. Ms. Gore holds a Bachelor of Arts degree in Organizational Communication from Washington State University.